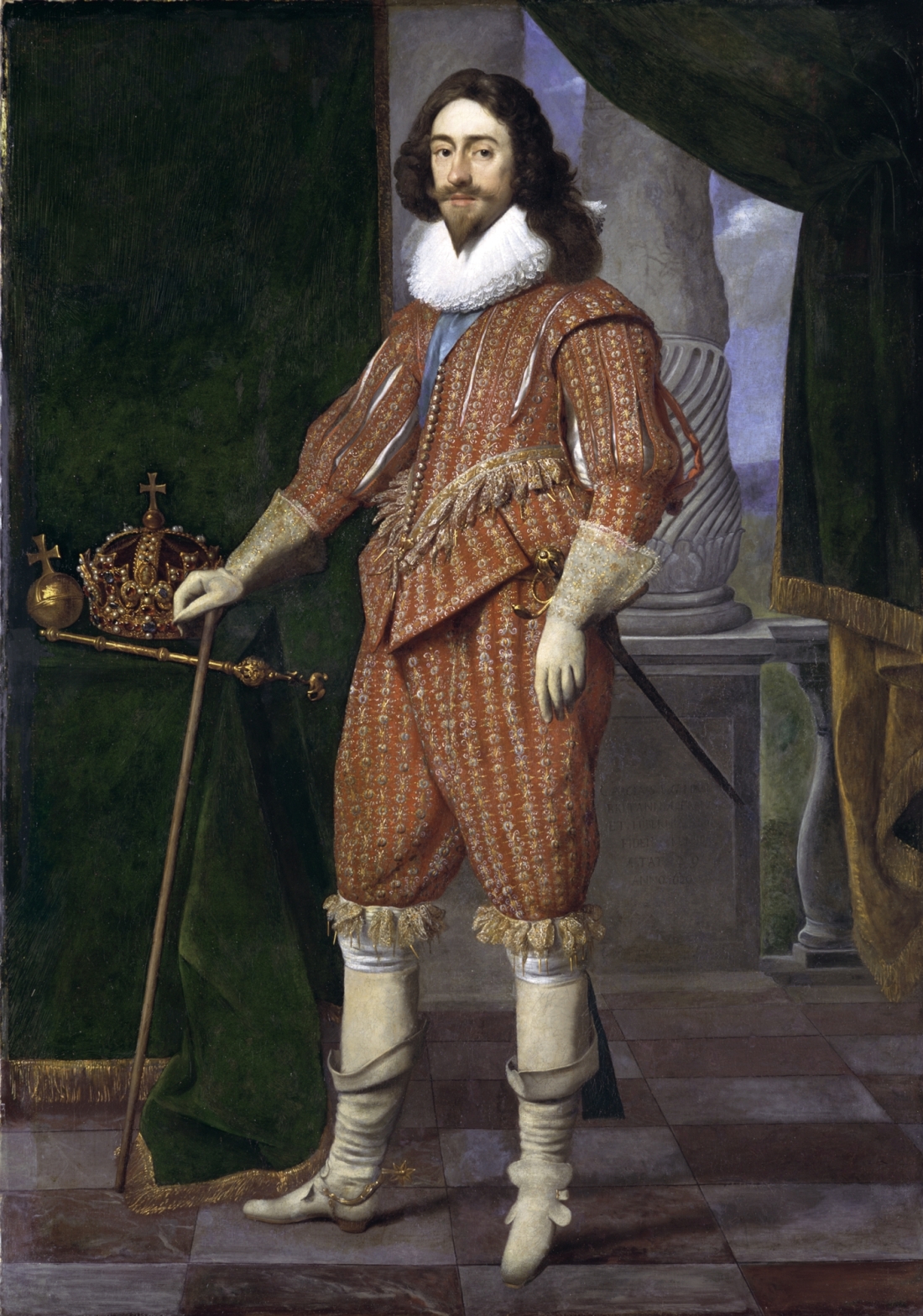 All right.  Buckle your seatbelts.  A little background on Greer Gilman’s Exit, Pursued by a Bear (Small Beer Press, 2014).   It’s her second Ben Jonson novella, the first being Cry Murder! in a Small Voice, which won a Shirley Jackson Award for dark fantasy in 2013.  And these novellas are dark, no question.  They are also rich, and strange.  In the first, which spans the years 1603 to 1606, boy-players from the London theater-companies are being stalked by a mysterious evil ‘patron’ who commissions sadistic private performances that culminate in rape and murder.  But they have an unlikely champion: the playwright Ben Jonson takes a protective interest in the vulnerable youths he sometimes instructs in Latin.  For him the boy-players are pupils, collaborators, fellow theater-gossips, and surrogate sons.  When he learns they are being preyed on, he sets out to learn the killer’s identity and end his brutal games.  Exit, Pursued by a Bear picks up after a lapse of five years, in 1611.  It begins as Jonson, now a fairly well-established poet within the Jacobean regime, is attempting to endure a winter collaboration with the King’s Surveyor, Inigo Jones.

Ben has written a masque, Oberon, The Fairy Prince, for performance at court during the Twelfth Night theater-season.  It will be presented to King James, but it has been developed and conceptually managed by the King’s heir, Prince Henry, who stars as Oberon.  In a way the masque is Henry’s “graduation” piece, though what he is graduating to will be…unexpected.   He is seventeen, on the brink of his majority, and uniquely ambitious: so Oberon must prove the perfect vehicle for a demonstration of his personal capacities.  If it succeeds, and the Prince is pleased, favor will follow; if the masque fails, lucrative future commissions will be lost by those responsible.   Both Jonson and Inigo Jones are highly conscious of these facts.   While Jonson has provided the theatrical text, Jones is the designer and producer of the masque’s special effects.  This might seem the lesser of the two artistic roles, but these are extremely special effects — Italianate, new, show-stealing.  Henry has, figuratively, asked for the moon in asking for this masque; Jones aims to literally provide it, and thereby achieve precedence over Jonson.  The power-play seems likely to work, judging from the way rehearsals are going.

One and two.  And with a sweep of arms, a solemn music.  Now: ascent.  The Moon herself, as Peter Quince had dreamed, upsailing through the hall turned heavens, high and disposedly.  Her light indwelt in her, cast living shadows on the wall: a greater faerie than was painted, sawn, or stitched.

Mere awe.  And then as if the wonder were a white stone cast into a pool, [the viewers’] stillness broke into a thousand waverings and ripples of delight.

[Inigo Jones] in his cockscomb of a velvet cap upswept a pointing finger — marginalia to the revelation.  “And look you, there is art.”

Eclipsed, thought Ben.  The spirits come when he does call for them.  (Exit, 2)

But Jones and Jonson, preoccupied by professional rivalry and personal dislike, have little idea that the vainglorious conceit of The Masque of Oberon  — as dictated by Prince Henry — is about to get everyone into a deal of trouble with Faerie.  There’s a real Oberon you see.  And a real Titania.  And they are faerily, royally, good and pissed off by this impending mortal mock of their immortal monarchy.  At least (we can infer) they think Henry is pretty.  Nevertheless, the insult must be repaid.

In fierce anger, and opportunistic lust, Titania resolves to steal King James’s heir for her own purposes.  Her agent will be the undead poet Kit Marlowe, who is in any case restless in the fake shepherds’ paradise Oberon and Titania stuck him in after his body’s death.  In the following exchange, Titania rehearses her grievances to him, and extends the chance of a conditional, bodiless return to the mortal world:

“…I would have that princeling in my train.”

And in your bed as toy.  So then will Oberon, thought Kit.  There’s play in that.  And said:  “Will I fetch you this paragon?  This pearl of chastity?  And how?”

“There is presented at this court a masque of Oberon: whom [Henry] enacts.”

“Absurd.”  Titania laughed, in a great froth of white blossom.  “The part is written chastely — for Diana in Apollo’s cloak.  [Oberon] as Ganymede, a beardless boy — O, ’tis the rarest mockery of him!”  Maliciously:  “He will be vexed.”  (10)

Dead Kit understands, much better than the living Jonson or Jones, the danger the English Court has invited by attempting to mimic the Faerie Court.  Unwitting, King James and Henry have made an enemy, and wheeled that enemy’s troops directly up to an unattended gate.  The play is, indeed, the thing; what’s caught will not be limited to the king’s conscience.  “I will make of [Jonson’s] Troy wall a downfall for the English realm,” says Marlowe, and sets off to abduct the Prince of Wales via the Prince’s own debut theater-production.

But how exactly to do it.  Which tools to use.  And this is where Charles, eventually-to-be Charles I, comes in.  Charles has watched, raptly, the preparations for his brother’s masque.  A younger, more awkward child, the obvious “spare” to Henry’s “heir,” he is torn between desire to please Henry — and win his love — and the desire to have beautiful things of his own.   Gilman shows us this dynamic when Charles comes to visit the set of Oberon at the end of the opening rehearsal:

A pale and pointed boy; a puny, hirpling boy in grey-blue and vermilion silk…Charles, the younger prince, the Duke of York… [He] had caught sight of the fairy palace, and was gazing up in admiration.  He walked toward it.  He wielded his body with great care, Ben saw, as a child might a pen: a thing to be practiced. His great rosettes hid shoes of brass and leather.  Brazen-shod: like a puny Achaean. [1]

All butter now, the Surveyor stood before his market-stall of wonders.  “A triumph, your Grace.  For a prince.”

This is a lonely child with a strong aesthetic sense, and longings toward his own designs.  A child ripe for cultivation by someone who can convince him of their special interest in him.  And here, precisely in the nick, is that someone: a someone, we should remember, who made his career in theater by writing extravagantly of the fall of kings.

Far in the night when the boy waked, Kit was standing next his bed: a stranger reading, a flicker of the dying fire in his hair.  Amber in shadow….[he] held a finger to his lips.  “They sleep.”  As he had cast them, groom and guardians.  “As you do.”

“A candle at your bedside.”  Kit closed the book, his finger in his place.

So — a quick note here about Gilman’s humor.  It’s NOIR.  It’s hard to imagine a worse bugbear for an eleven-year-old child than the ghost of an anarchic, amoral pedophile poet who’s been sent to kidnap that child’s older brother, and of course “bugbear” is phonetically just a step down the hall from “bugger.”  Grownup readers of Exit will be alert to the many layers of danger, and threatening verbal play, in the extended encounter between Charles and Marlowe that makes up the rest of this scene.  Charles, however, is quickly charmed.  He falls into the Scots dialect of his early childhood (“Nay, bide.  I wad talk with thee.”) and begins to discuss his hopes and thoughts with the friendly, quick-smiling stranger at his bedside.  They speak particularly of the coming masque, in which Charles will play a minor supporting role.  As Marlowe comes to understand more about Prince Charles’s complicated feelings toward Prince Henry — which veer between jealousy, anger, love, and self-lacerating admiration — he starts to see how he can use the Duke of York to knock the Prince of Wales out of Whitehall and into Titania’s lap.  And the moment he understands how to do that, the poet is surprised by a vision of the future:

Now, even now, between his thought and speaking, Kit was thunder-cleft, possessed with prophecy: the lighting of his vision ecstasy.  A dagger to the eye.

He saw a scaffold, high above a crowd.  Saw the axe fall, saw the blood leap from the neck. — O gods.  The downfall of a king. And then the afterstroke.  This–child?  The tyrant?…Aye, he will be, if his brother — vanishes.  Stopped.  Might be...Visions lie.  And yet he saw this still: the distant figure, kneeling in his shirt.  As in a glass, he thought.  As on a stage — and laughed.  The boy looked quickly up.  O brave!  A tragedy.  If I cannot write a play in ink, I will in blood.  (21)

DID YOU SEE WHAT GILMAN DID THERE?  The point at which the Faerie plot is set in motion, and both princes’ fate is sealed (despite all Ben Jonson can do…he tries!) is the moment the restless, underemployed Kit Marlowe realizes he can compose this particular timeline as a play of murdered kings.  And you’ll note how brilliantly, how remorselessly, Gilman reveals the utter pitilessness of her Marlowe.  She’s invested time, and drawn on deep reserves of craft, to create this vulnerable, manipulable Charles: a child exposed to the undead poet’s analytical glance in every way.  At one point during their midnight conversation Marlowe even eyes Charles speculatively, imagining — and then dismissing — the idea of bedding him:

The boy was kneeling up now, in his plaited nightgown, and his cap.  Kit looked him up and down, but swiftly, sidelong…  A curdle of cream.  Would do for some lickspoon paiderastos, but Kit’s tooth was for more poignant meats. (19)

The boy is young, troubled, hungry for kindness.  In establishing that for himself, Marlowe has also shown it to the reader.  But he cares far, far less about it than we do.  Once Kit realizes Charles can provide matter for a Marlovian plot, the present-day prince is fodder for the future’s headsman.  As quick as that.  As quick as an axe.

So.  Just to sum up some differences between Gilman’s Exit, and Anderson’s Midsummer Tempest.  Gilman’s dark-fantasy version of the Royal Martyr excludes the post-mortem, near-contemporary propaganda of the Interregnum: the fable of Charles as a perfect knight and ruler wronged by an ungrateful populace.  Instead, with way less regard for our comfort and way more regard for our ability to navigate complex viewpoints and emotions, Gilman shows us the passionate, awkward, unmercifully-educated child who becomes the monarch his first executioner — Marlowe — first sees:  “a distant figure, kneeling in his shirt.”  If you find any of what I’ve described here impressive — and I haven’t even gotten into the highly inter-texual practice Gilman uses, or the way that Shakespeare breathes all through both the language and plot of both novellas (rather to Jonson’s irritation) — I do ! very much! recommend investing the time to read Cry, Murder! and Exit, Pursued.

[1] Charles is known to have worn corrective footgear when he first came to London, c. 1605-6.  He probably would have outgrown the need by 1611, but probably also would not have forgotten about the shoes by then: perhaps not ever.

View all posts by Catherine Rockwood